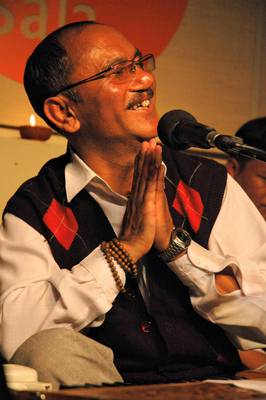 Pema Lama is a popular name in the field of Nepali music. Born in March, 1955 in Lebong, Darjeeling, Pema's singing journey began at the tender age of 8. Trained by Nepali and Bengoli Gurus, Pema has lent his melodious voice to modern songs along with films--paralko aago (1976), Bachnachaneharu (1982), Arko Janma (1983) and Zaar (1984) and plays and cantata.

Paleti is a micro event series dedicated to Nepali Adhunik Sangeet. As of now, Paleti has already received blessings and participations of over 50 senior artists.

Managed and Produced by